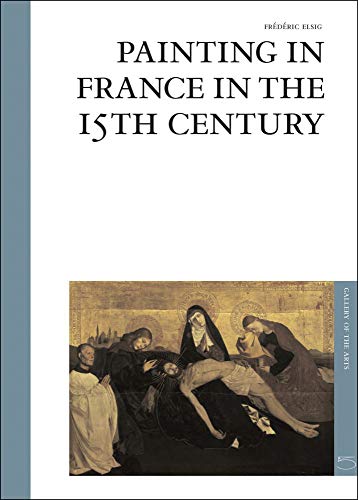 Reseña del editor The study of fifteenth-century painting in France was inaugurated a century ago by the exhibition Primitifs francais (1904) and has developed considerably over the past few decades, especially thanks to the work of Charles Sterling, Michel Laclotte, Nicole Reynaud, and Francois Avril. This research has led to the revival of several forgotten figures (Barthelemy d Eyck, Andre d Ypres, Antoine de Lonhy, Jean Hey, Jean Poyer, etc.) and the reassessment of many centres of artistic production. Linked together, they formed a crucial part of the trade network across Europe. It is this extremely complex artistic geography that this book's three sections attempt to recreate. The first is devoted to the interplay between the French courts and Paris, as a thriving centre of artistic production at the time of the flowering of international gothic (1380-1435). The second examines the spread of ars nova (the illusionist art of Flanders) and its selective adoption in the kingdom of France in the time of Charles VII and Louis XI (1435 1483). The third concentrates on the gradual development of a generally accepted standard form of the French language, based on the model of Jean Fouquet and evolving in parallel to the work of the grand rhetoricians under Charles VIII and Louis XII (1483-1515). Biografía del autor Frederic Elsig teaches medieval art history at the University of Geneva, where he obtained his PhD with a thesis on Hieronymus Bosch. He is an expert on fifteenth- and sixteenth-century European art, and has helped organise several exhibitions, particularly El Renacimiento Mediterraneo (Madrid, 2001) and Hieronymus Bosch (Rotterdam, 2001). He was co-curator of La Renaissance en Savoie (Geneva, 2002) and with his seminar students is currently preparing the catalogue of Dutch and Flemish paintings (prior to 1620) in the Musee d'Art et d'Histoire in Geneva.